By clicking OK, you agree to the use of cookies.
Learn more
OK
Deny
Loading...
Please wait

Read the latest news about innovative developments and applications with our original grey Neopor®, and news on the classic Styropor®.

Eight reasons to use EPS

There are many advantages of using expandable polystyrene (EPS) as an external thermal insulation composite system (ETICS) for insulation in buildings. Below you find the eight most importat at a glance.

1. Light and easy to process

EPS is extremely cost-effective, both as a material and for processing. In principle, EPS can be compacted into any shape and then simply milled, sawn, or cut to size using a hot wire without any effort. No protective clothing or mask is required. Because of its low weight, it is also easy to transport. 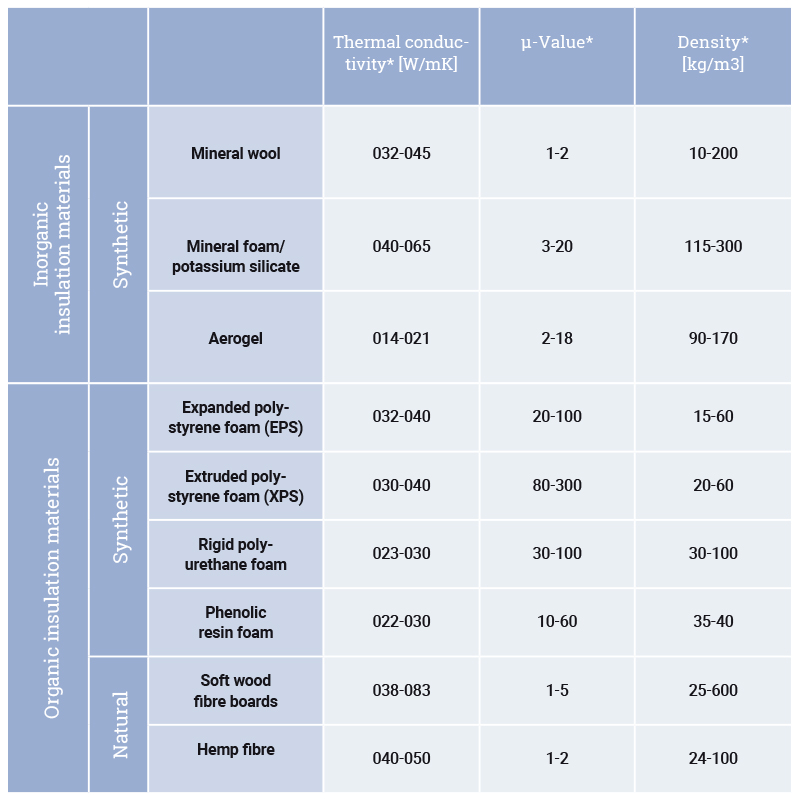 EPS is used in a wide variety of application areas—particularly where it acts as a barrier between hot and cold—for insulating buildings and in other types of insulation, for example. Thanks to its low weight and easy handling on the building site, EPS is widely used in various parts of the building envelope, on facades and roofs, and in the perimeter area. Unlike many other insulation materials, no fibres are released to the atmosphere during processing and disposal. EPS also performs above average when it comes to compressive strength, low water absorption, and moisture resistance. Moreover, EPS is almost completely rot proof, making it extremely durable, yet still recyclable.

Stringent fire safety requirements ensure that facade insulation systems are installed as safe, flame retarded facades. The national and European fire tests have to be passed and the European fire classification system according to EN 13501-1 has to be applied to the insulation board as well as the facade system. This safeguards a high fire safety level which complies with national regulations.

The energy used in the manufacture of expanded polystyrene (“grey energy”) is generally offset by its insulation performance and the associated heating energy savings after approximately two and a half years. EPS facade insulation pays for itself within one heating period, purely due to the reduced consumption of crude oil.

Modern EPS with polymeric flame retardant is completely recyclable. Fresh EPS offcuts are already being taken back and mechanically recycled by the manufacturer or waste disposal company. As old EPS insulation boards contain the flame retardant HBCD, which was used until 2015 but is now banned, these old insulation boards cannot be recycled. From today’s viewpoint, energy recovery in a waste-to-energy incineration plant is therefore the environmentally friendly method. A laboratory method has now been developed for a physical–chemical process in which even contaminated insulation materials and insulation containing the flame retardant HBCD—which was common until 2015—can be broken down into their basic components and reintroduced into the original production process. This “polystyrene loop” process will soon undergo a large-scale technical trial.

7. Cost of renovation pays off after 4 to 10 years

The payback period is always dependent on the condition of the building and needs to be assessed for each individual case. The poorer the initial energy efficiency of the building structure, the faster the facade insulation pays for itself. According to the calculations of the Research Institute for Thermal Insulation (FIW), in the case of EPS insulation in a house constructed in the 1960s or 1970s—i.e. before the first German Thermal Insulation Ordinance of 1977—this will generally happen after around four to ten years. 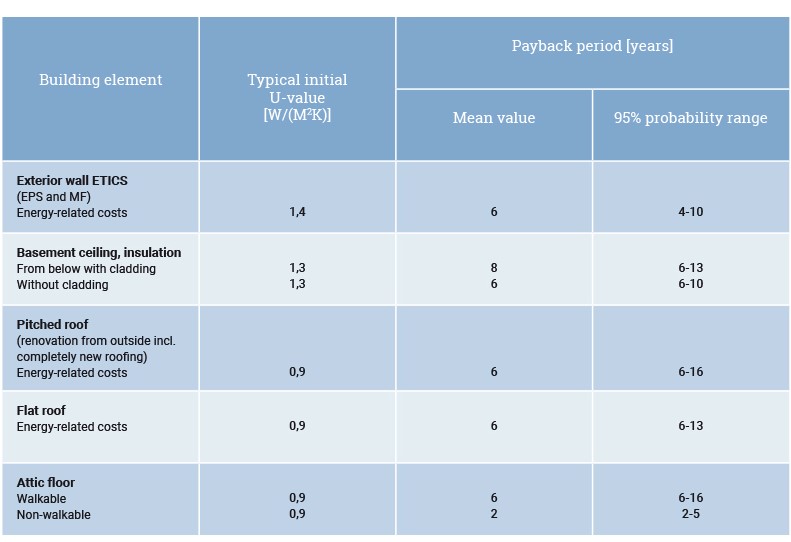 A building envelope is subjected to various stresses, ranging from mechanical stresses to the effects of weather. Over the years, every facade suffers damage; it becomes cracked or tarnished and gradually starts to look unsightly. When the time comes for the plaster or colour to be repaired, it is worth considering energy-efficient renovation measures. EPS insulation provides effective and lasting protection. At the same time, the insulated and replastered facade can look very attractive if it is planned and designed well.